On Friday, 6th May children in the Green Room enjoyed a whole morning of activities run by Panathlon.

There were seven events in total that challenged the children’s hand and eye coordination. Kurling, bean bag throw, SEN table cricket, basketball and golf target were some of the events on the day. Not only did the children come away with a medal but also huge smiles on their faces! 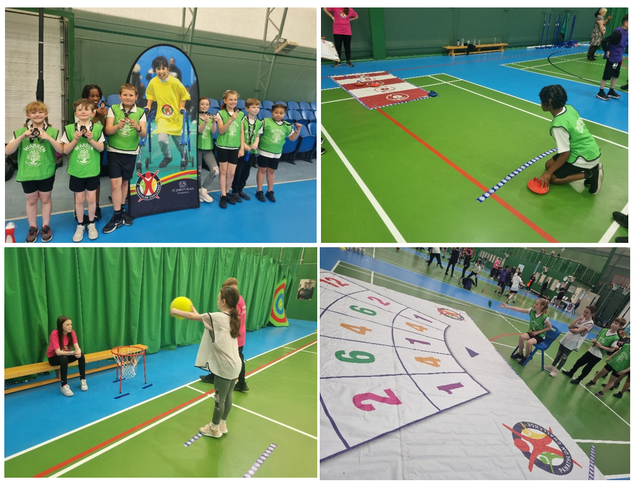 On Friday, 1st April 24 children across years 5 and 6 entered a Cross Country competition at William Edwards School. The humongous track looked like it went on forever and weather also did not play nicely as the hail stones and wind literally shook some of the children.

In each race there were up to 100 children racing. In the distance all you could see was little splodges of green running due to the children wearing the green school logo bibs.

In true Warren Wayer style, every child completed the course and some children came in the top 10 positions.

Top performers on the day 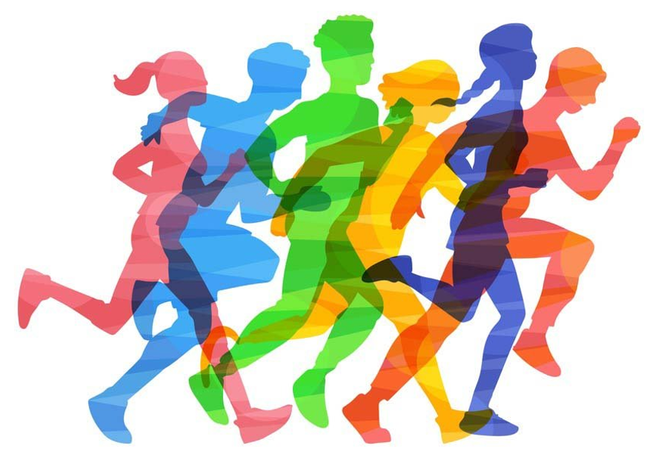 Overall team scores out of 19 schools that took part

Well done to every child that took the plunge and ran 1500 metres under such awful weather conditions.

On Wednesday, 20th April a group of children from year 5 entered an Archery competition at William Edwards School. There were two groups on the day with 5 schools in each group.

Each child was given twelve arrows over a course of 4 rounds. The floor level target was placed 10 metres away. Although the children are more experienced with using heavier bows most of the children did manage to hit the target on several occasions.

Warren finished 7th out of 10 schools that entered.

END OF SEASON FOOTBALL NEWS: WE ARE THE CHAMPIONS!! 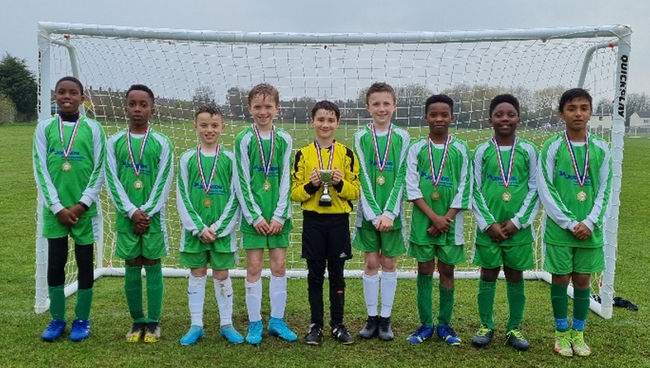 On Wednesday, 30th March the boys’ A Team played away against Woodside although we did not have a full team the boys who played were exceptional. From the very first whistle, the boys knew exactly how to beat the opposition. Superb attacking from Teddy Brown, Nikil Balachandran, Freddie Butcher, Tire Olaleye and Adam Belcher saw Woodside’s defensive team put to the test. Woodside’s forwards struggled to get past our defensive team: Dore Akinsuyi, Tobi Ogunsona and Olamide Egbinola. With excellent goal keeping from George Farr Green saw the boys maintain a 1-0 lead. Unfortunately, in the last 40 seconds of the game Woodside managed to score a header from a corner pass. The final whistle blew, and all the boys knew only too well what that meant: the dreaded penalties.

After a quick discussion the boys who had put themselves forward, one by one were put on the spot. With George (GK) by their side, there could only be one winner.

Well done boys, you have proved that you are truly the best in Thurrock! Not only did you win the league but you also won the Thurrock SSP Football competition at the start of the season which ironically was also against Woodside in the final.

I am extremely proud of our girls’ team this year. In the beginning the girls had no form and really didn’t understand the term, attacking and defending. With constant weekly sessions plus the girls’ sheer determination to do better they eventually finished in 3rd place in Group 1 league.

The girls should be really proud of their performances throughout the season as they just got better with each game played.

Congratulations to Daniel Meurs’ team for winning the Easter Cup against his peers. The game was once again decided by a penalty shoot out.

Well done to all who played 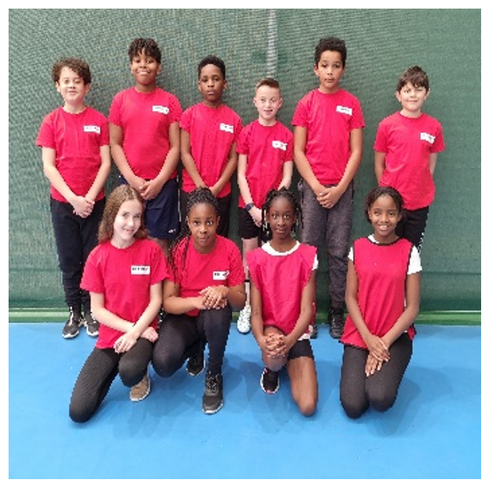 On Friday, 18th March a group of children from years 5 and 6 entered the second Multi-skills event hosted by Thurrock SSP. This event entailed running, throwing, jumping and team building. Each child was allowed to do two field and two track events.

After some initial nerves, our Warren team composed themselves and gave it their best shot. They showed super running and handing over the baton skills; some consistent good basketball throwing and long/high jump skills also could be seen.

We were placed 3rd out of the 8 schools that attended. Our last event will be Rounders which has been booked for the summer term. Well done team, you smashed it!

On Friday, 25th February a group of children from years 5 and 6 entered an Athletic competition at Basildon Sporting Village ran by ThurrockSSP.

In total, there were nineteen schools with each school having the opportunity to enjoy some great sporting activities such as obstacle/over and under relays and various running races. And in the field, chest push, triple and long jump, Vertical jump, speed bounce and javelin throw.

All the children did extremely well and tried their best in this sporting discipline.

This was a learning curve for our children as we did make some mistakes such as changing over of the baton in the relays which are all things that we will be working on ready for the Borough Athletics in the summer. However, we did extremely well in the field section as our javelin throw and speed bounce was on point today!

Well done team, you did us proud!

On Friday, 21st January a group of children from years 3 and 4 entered an Athletic competition at Basildon Sporting Village. For some this was their first event for Warren so the excitement was at an all-time high.

Throughout the morning, children were put to the test with track and field events such as: chest push, javelin throw, long and vertical jump, five strides, speed bounce and various running races. All the children gave it their best go and came away smiling!

Out of thirteen schools that took part, we finished in 9th position. I am extremely proud of the children as they all tried their best and their behaviour on the day was exemplary. 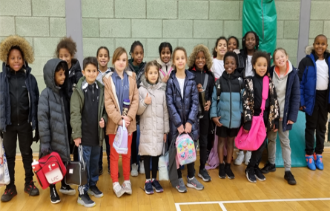 On Friday, 14th January both boys’ and girls’ teams played a football match against Harris Mayflower. They were two great games to watch and manage with superb attacking and defending. This is what Warren children do best!

On Fire Award goes to: Lesedi, Frankie and Dore 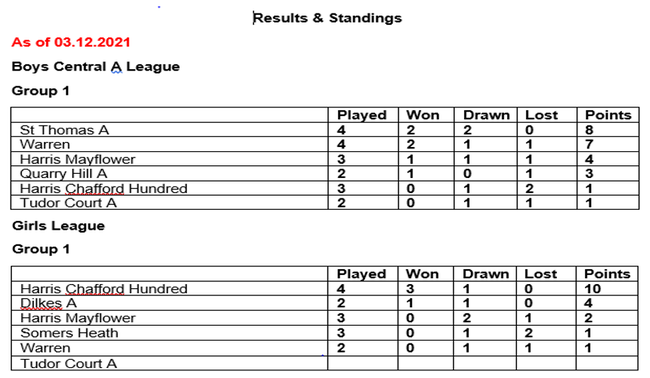 Thurrock SSP have added a new event to their very busy sporting offer this year: a Super Sport tournament providing children with three different sporting disciplines, dodgeball, indoor athletics and rounders. On Friday, 19th November dodgeball was on offer. Each team were given a coloured t-shirt to wear and to keep. Even though we are known for our school colour being green, the children choose red as their choice of colour. Each team had to play eight teams on the day with points awarded for a win or draw. The overall results will be added to the other two sports events throughout the year.

The results were as follows:

The children did their upmost to dodge the ball and try and hit out their opponents. There was excellent play throughout the tournament. Well done team, you smashed it! 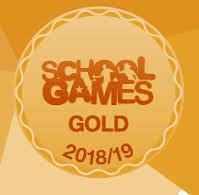 The Sainsbury's School Games Mark is a Government led awards scheme launched in 2012 to reward schools for their commitment to the development of competition across their school and into the community. Schools in England are able to assess themselves across bronze, silver and gold levels of the Mark.

To achieve the Gold Award the school has to offer the pupils a wide range of sporting opportunities, from 2 hours physical education each week to make sure the majority of our pupils take part in extra-curricular sessions.

This year we have had 87% of our Key Stage Two pupils take part in Extra Curricular activity, either at lunchtime or before/after school. There are plans in place to try and surpass this total next year with new sports being added to the timetable for all our pupils to access. With this plan in place, hopefully, we can apply for the Platinum award.