James Dixon from Panathlon Challenge spent a lovely afternoon with the children in the Green room delivering a very special cricket session. James is an Ambassador for UK Deaf Sport and organises many SEND events for children.  Although James has been profoundly deaf since birth, this has not stopped him from doing things he loves.

He played football for a local club in Liverpool and is an Elite Cricketer for England Deaf Cricket.

The children in the Green room showed massive thumbs up as a form of gesture to show James what a fun time that they had.

Visits to All Saints

It was wonderful to resume our tradition for pupils and staff to celebrate a Christmas carol service with the All Saints Church at the Beacon Centre this year. ‘Tolerance of different faiths’ is one of our British values and we are proud to teach our pupils these values. We walked along the cycle path and enjoyed the natural beauty of the gorge and our community in winter. The Reverend Cathy Hasler led the services for three consecutive days (Year 3 & 4, Year 2 & 5 and Year 1 & 6) so that our children could enjoy a real festive treat. Reverend Hasler explained the ‘real meaning of Christmas’ by decorating an evergreen tree, which showed God’s love for us is evergreen. She spoke about Jesus’ birth in a stable and used various ornaments to symbolise the meaning of Christmas to Christians – a star, an angel, baby Jesus, gifts, a shepherd’s crook (candy cane) and church bells. Pupils sang the carols beautifully and many used BSL throughout the singing.  A few pupils read confidently the story of the birth of Jesus through various scriptures.

Thank you to Reverend Hasler and all of the parents who so kindly gave up their time to walk the children to and from All Saints' Church. 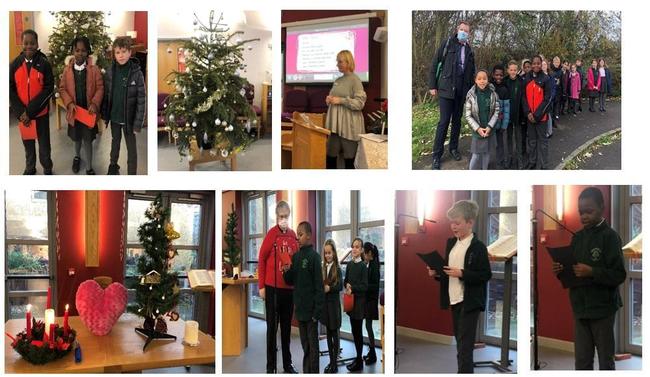 The Diversity Awards for Education is unique in recognising individual teachers, non-teaching roles, students and parents. These awards are run exclusively for more than 50 Diversity Mark Schools and other schools by invitation only. The awards celebration took place on the 24th of September 2021 hosted by Harris Academy Mayflower.

Samson DeAlyn, the senior director of Learningworkz welcomed everyone to the event. The Mayor of Thurrock Councillor Sue Shinnick presented the prestigious awards. The inspirational keynote speaker was Catherine Hutley, the Assistant Director of Education (SEND) from Essex County Council. Councillor Bukky Okunade presented some of the parent and supporting Awards. .

We were successful in several categories:

PTFA of the year: Warren PTFA

Daniella Odutayo was also nominated in two categories which was amazing.

As a school we are delighted how our work around Diversity, Equality and Inclusion has been recognised by one of the leading organisations in this field. Let us continue to champion the meaning and importance of celebrating diversity and inclusion for all our children.

Warren Primary participated in Aspirations week, held across all the Osborne Trust schools. The aim was to motivate pupils to think about their life beyond school, understand how school prepares them for the future and consider what they would aspire to be. Through a host of impressive guest speakers and workshops, pupils had the opportunity to learn about careers that they would not have thought of before. The week and term ended on a creative and imaginative note as many staff and pupils dressed up in costumes for their chosen career.

Through a Q & A session with various health professionals; a veterinarian ( Dr.Vug ), a midwife ( Jamie) , a surgeon ( Dr. Nnajiuba ), dance teacher ( Alison Anderson ), cycling instructor ( Kaye ), tennis coach ( Jo Stehle ), Reverend ( Cathy Hasler), architect ( Afroze Khan), interior designer ( Teresa Laviniere ), coding programmer( Ravi Chagger) and illustrator ( Taaya Griffith), pupils were provided purposeful learning opportunities and asked a range of interesting and amazing questions. We are thankful for the time and energy that each guest has given to visiting our school and creating interesting and thought provoking powerpoints and resources. 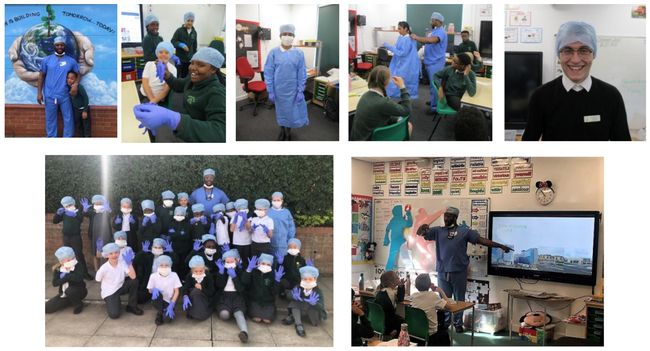 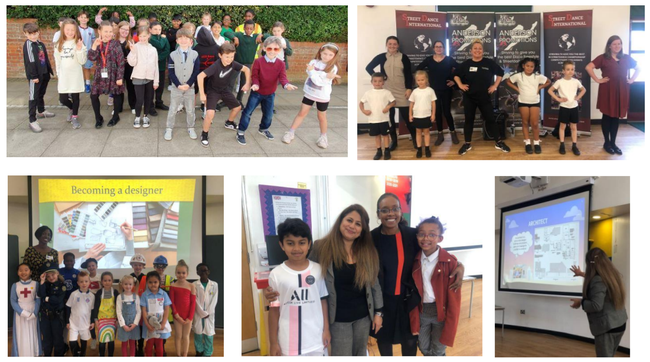 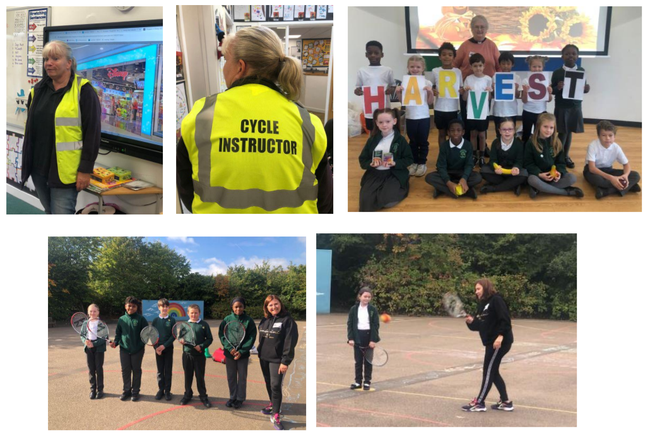 Year Two were lucky enough to be involved in a West African storytelling workshop, as part of our work with Thurrock Trailblazer. The children had the opportunity to listen to tales, performed by Dr. H. Patten. He truly brought the stories to life and had the children hooked from the first second. The children certainly enjoyed this experience and have even used this within their own storytelling on the playground 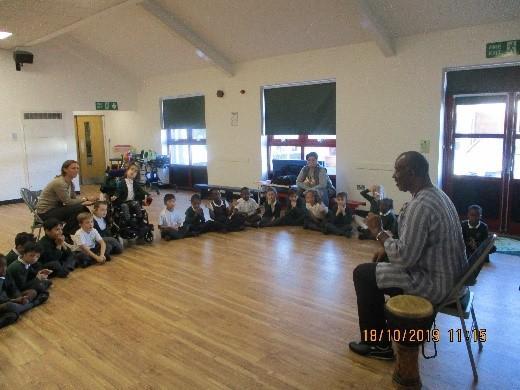 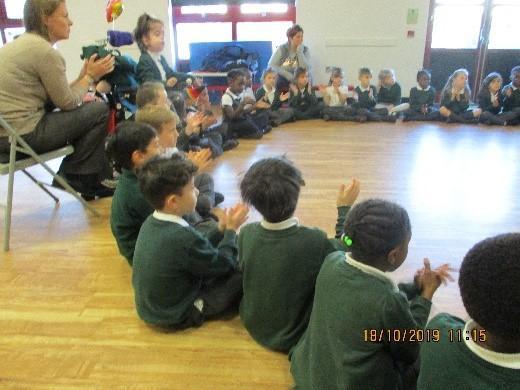 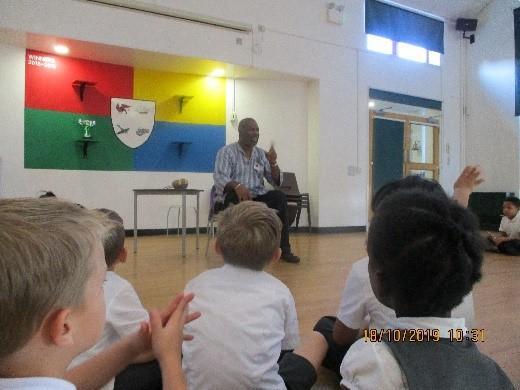 The phenomenal duo, Runners up on the X factor UK series in 2015 made a special trip to Warren Primary. This was their first visit to a school in Essex and they had an absolutely amazing time with the pupils, staff and parents.  They were invited to visit Jacob McMillan (a year 3 pupil who has Kabuki Syndrome) and without hesitation accepted the invitation. Everyone knew about it except Jacob and the look on his face was priceless! Initially he danced with the duo, but once the reality set in that he was meeting his idols, he was overwhelmed and couldn’t stop crying. Jacob certainly made memories to sustain him for a long time. Reggie and Bollie entertained the crowd with a song, danced with pupils, signed numerous flags and took photos with everyone! The sports leaders and pupils danced the conga around the room to ‘new girl’ and the atmosphere was one that Warren Primary will not forget. 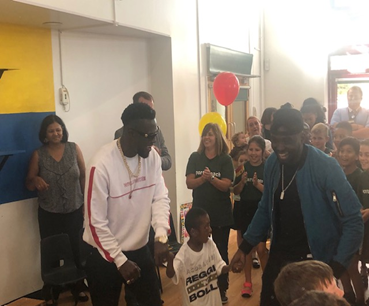 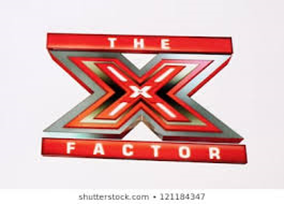 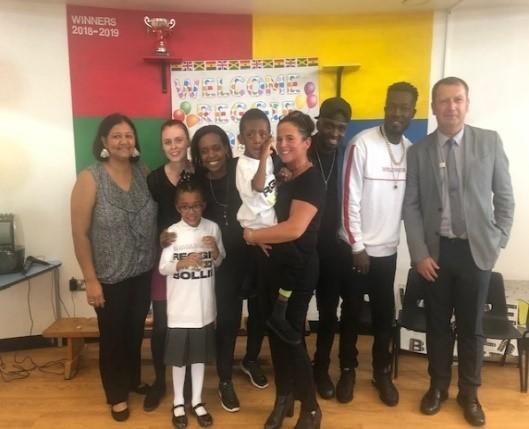 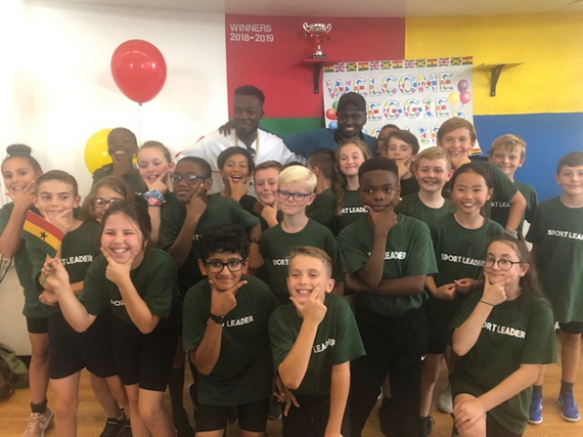 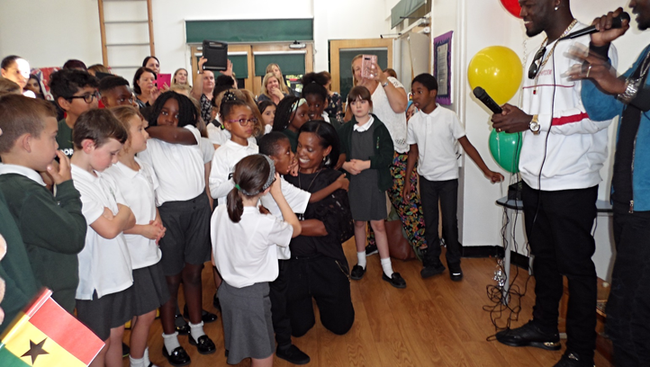 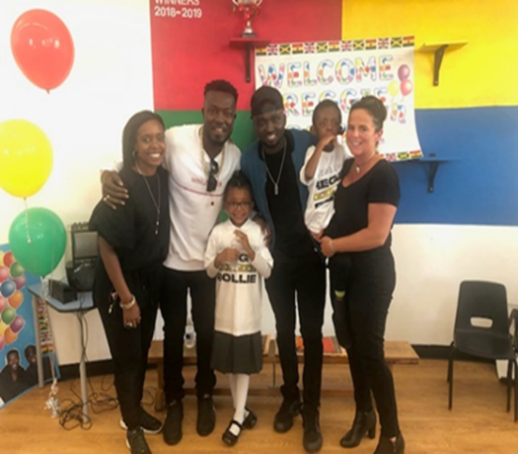 Kabuki effects approximately 1 in 32,000 births. Simply by wearing anything GREEN and donating £1, we helped to raise awareness and change the lives of these children.

The name Kabuki comes from the name of the style of Japanese stage make up on the eyes used in Kabuki, which is a form of a traditional Japanese Theatre.

One of our pupils in Year 3, Jacob was diagnosed with Kabuki Syndrome when he was two years old by a geneticist from Great Ormond Street Hospital. Kabuki syndrome is a rare complex genetic disorder that many doctors still do not know enough about as it affects children in so many different ways. The parents do not have to be carriers of the syndrome and it is just a very special way that the person is born! After Jacob was diagnosed, numerous tests were performed on him to find out how he had been affected by the syndrome.

It causes growth abnormalities where parts of the body and organs do not grow as they should do.  It also affects a child’s growth, weight gain, weaker muscles and joints. One of the main characteristics are the facial features, the unusual shape of the eyes. Children like Jacob have what is known as Global Development delay which affects their learning ability.  Many children who have Kabuki syndrome are born hearing impaired like Jacob which they are still researching as to why this is.

The World at Warren

‘In an ever changing global scenario, it has become imperative to equip children with adequate exposure to be citizens of the future.’

Chafford Hundred is culturally rich community and Warren Primary embraces that Diversity.  On Multicultural Day the children were mixed into 12 groups and visited a variety of countries (classrooms). They discovered the location of the country, language and celebrated the religions, beliefs and customs .They had a passport and travelled to so many countries in one day (no visas required, no border customs and no luggage to lug around whilst touring and exploring). They learned how to dance to African drumming, created Japanese blossom trees, counted in Spanish, made Mexican Sombreros, painted Australian boomerangs, and made Chinese lanterns and lots more! Children returned to their classrooms in the afternoon and were very proud and pleased with what they had learned and produced during the morning and were very keen to share.

After school, the Multi-cultural celebrations continued in the school hall where parents /carers shared their home life / culture by volunteering and setting up a stall. This event engaged everyone in thinking and experiencing our global community. They enriched others with their beautiful displays, wealth of knowledge, traditional clothing, delicious food, books, displays, clothing and music from their country. It was well supported and will certainly become an annual event at Warren Primary.

A special thank you to all parents / carers and staff who volunteered and shared in the special afternoon. 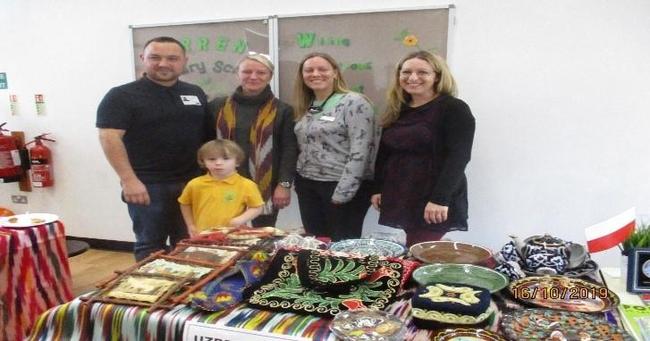 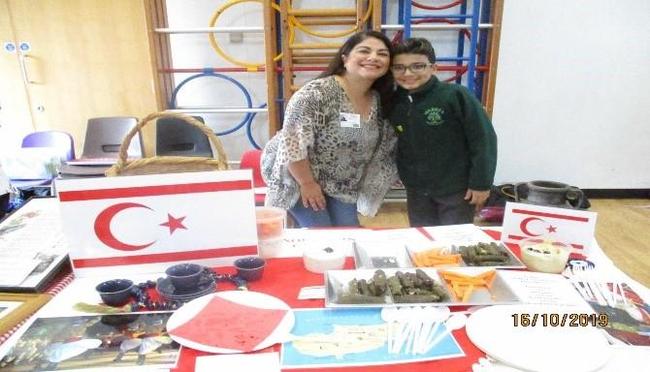 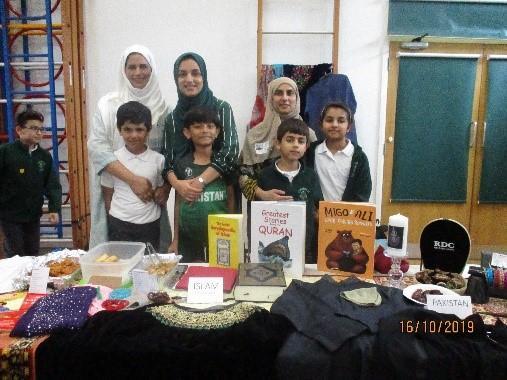 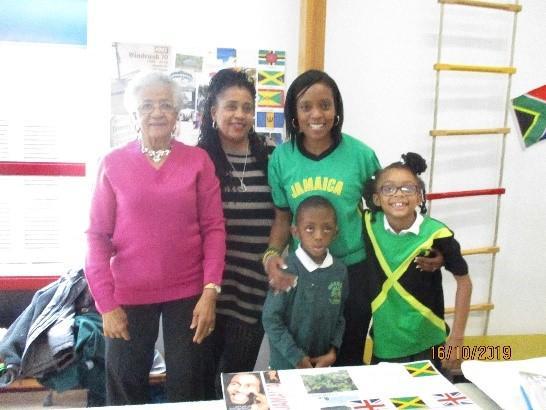 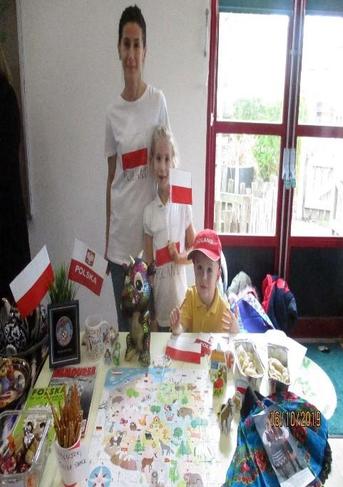 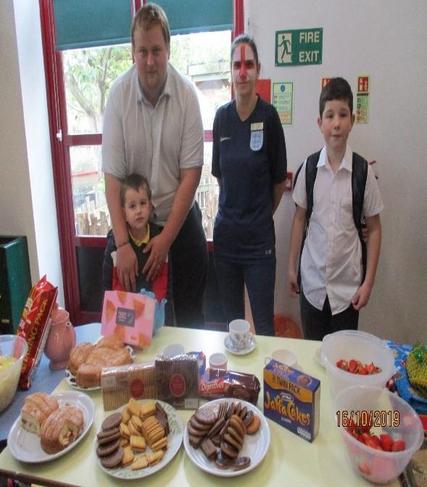 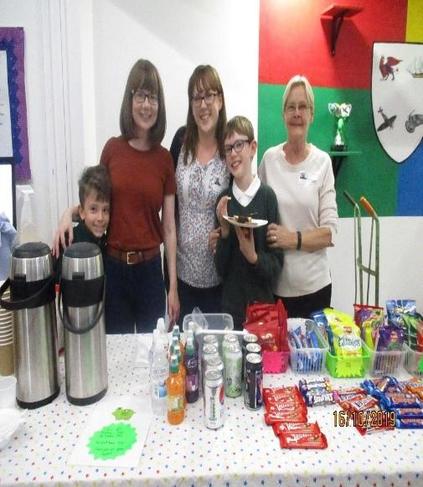 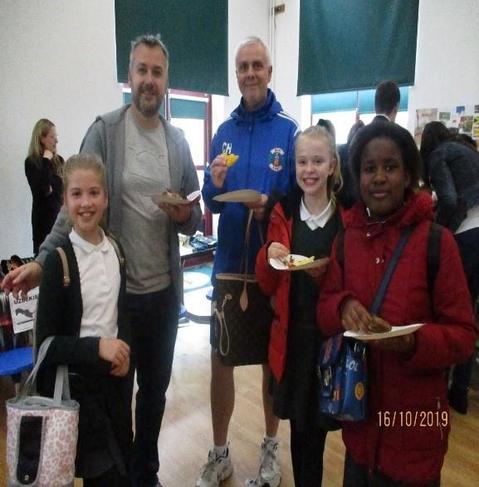 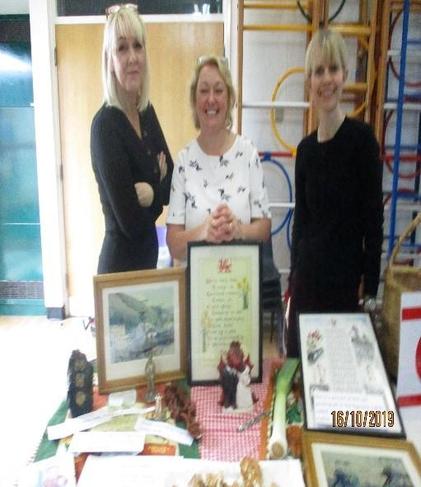 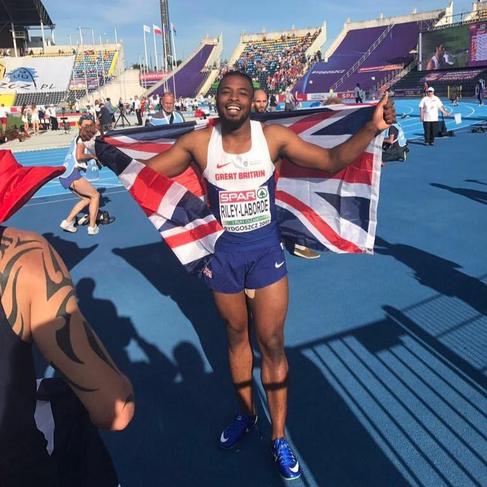 Khai -Riley La -Borde is a British Athlete, the Under 23 110-meter Hurdler and ex-pupil of Warren was the first guest speaker this week and spoke to pupils and staff about his achievements. He shared his victories, disappointments and goals in an Assembly and everyone was hooked. The athlete spoke confidently about his healthy lifestyle, the rigorous exercise regime and the mental preparation that he has to undergo as he prepares for every competition.  He spoke about his scholarship to university for sports and mechanical engineering, his passion for sport, his inspiration – Jessie Owens and his parents and his travels all over the world. Khai spent some time with Year 3 discussing a ‘healthy body, healthy mind ‘topic and the Q & A session with pupils certainly impressed him as they understood the requirements for a well-balanced lifestyle!

He has won numerous National University and British sporting awards and medals and his biggest accomplishment so far is being the silver medallist in the European U23 Championships.

As Khai walked through the school building, he spoke fondly of his time at Warren and he was pleased to see that so many of the staff members that he recognised were still there (especially Mrs Brealey who taught him phonics in year 2!) 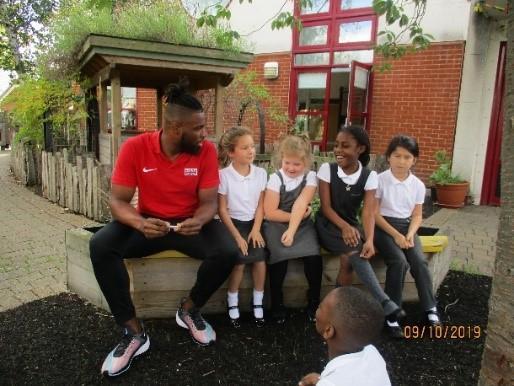 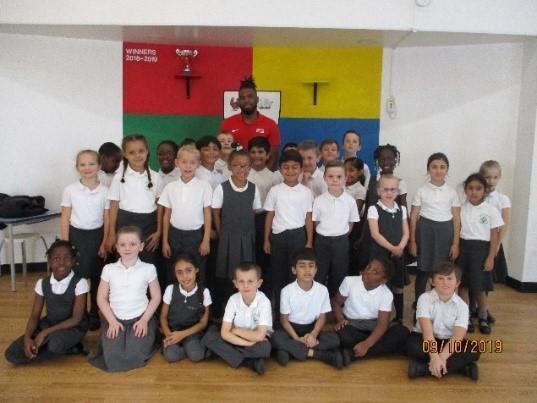